Lubricating grease production in China appears to have continued its decline in 2018, according to the National Lubricating Grease Institute’s yearly survey, which was released this week. Meanwhile, Japan, India and Pacific and Southeast Asian countries saw increases in their total production for the year.

The survey was released Monday at the NLGI Annual Meeting in Las Vegas.

A total of 72 Chinese producers responded to the 2018 survey, eight fewer than in 2017, which is at least partially to blame for the lower production total. The participants from this year’s survey produced a total of 843.5 million pounds of grease, compared to almost 907 million pounds reported in 2017. The China Research Institute of Petroleum Processingcollects data from Chinese companies for the survey.

The country’s production is still enough to account for almost one-third of global production, but has lost the lead it had five years ago over the powerhouse combination of Europe and North America.

Globally, calcium sulfonate thickeners are growing fastest in popularity, while lithium complex thickeners are gaining ground at the expense of conventional lithium greases.

Chuck Coe, president of Grease Technology Solutions, the independent research and consulting firm that conducted the survey, cautioned readers about comparing this year’s data directly to earlier years, as participants can change from year to year. For Asian countries, the report does not contain comparative data, which shows totals of figures reported by all companies that have participated for three years running.

India and the Indian subcontinent produced a total of 232 million pounds of grease, a 22 percent jump compared to 2017. Coe said the increase was mostly due to new and returning participants.

Conventional lithium soap thickeners have taken a fall in the region, from 82.6 percent of all thickeners in 2015 to 73.6 percent in 2018.

Taking participation into account, global production was flat from 2017 to 2018, Coe said. Twelve companies with 15 plants that participated in the survey between 2015 and 2017 did not participate in the 2018 survey, and those non-participants were mostly from North America and India. However, this year’s survey includes an estimate, by region, of the production volumes for those former participants known or believed to still be producing lubricating grease.

The country continues to lead the way in polyurea production, with 53.7 million pounds produced in 2018, or almost 30 percent of its production – more than any other region in sum or percentage.

In the Pacific and Southeast Asia region, total production reached 157.6 million pounds, a slight increase from 156.9 million pounds in 2017. Lithium thickeners, both conventional and complex, continued to gain popularity in the region: The former accounts for 48.7 percent of all thickener types, up from 42.2 percent in 2015, and the latter is up to 28.1 percent from 25.4 percent.

The survey also compiled production data by base oil type, with about 89 percent of greases made with mineral base oil. However, the global trend is creeping toward synthetics and alternative base oil, noted Coe.

In the Pacific and Southeast Asia, a little over 97 percent of the 152.9 million pounds reported used conventional fluid, and just under 3 percent used synthetic.

The full 30-page report of 2018 grease production includes prior-year data going back to 2015 and will be available to download by the end of June at www.nlgi.org. NLGI member companies can obtain a free copy, and nonmembers may purchase the report, which contains data categorized by geographic region, thickener type, base oil type and year. 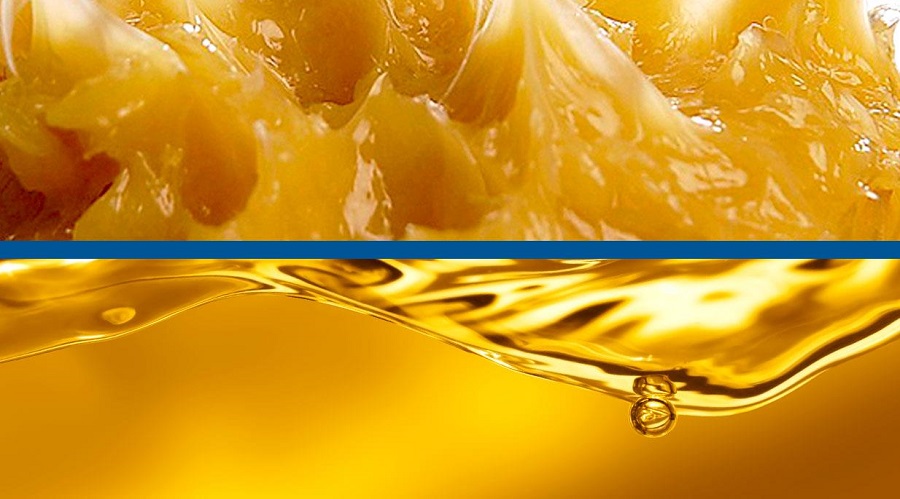