Fuchs Petrolub, the world's largest independent lubricant manufacturer, will be carbon-dioxide neutral by the start of 2020, the company announced on Friday.

CO2 is a greenhouse gas that scientists think contributes to man-made climate change, and the hydrocarbons industry, of which lubricants is a segment, is a major contributor, directly and indirectly.

The investments are certificates representing 1 metric ton of CO2 issued on behalf of these accredited projects to offset Fuchs’ own remaining emissions.

“Nature doesn’t care where a ton of CO2 is saved. It only cares that it is saved,” Gosalia said.

Even though its lubricants cannot at this stage be carbon neutral because of their components, Fuchs’ will operate and manufacture them on a carbon-neutral basis.

Eventually, the company intends to draw down reliance on these investments and increase renewable energy usage and energy efficiency at its operations.

It also intends to offer CO2-neutral products to its customers in the long term, if it can secure CO2-neutral raw materials from its suppliers.

“Most of our suppliers are already receiving the message,” Gosalia said.

Some people are critical of what has in the past been called “greenwashing,” the idea that companies make a show of investing in green business practices in a bid for good public relations.

“Offsetting is an additional tool. It is very welcome if companies offset with stringent sustainability criteria, as long as this is in addition to the transformational strategy of the ... company,” Christoph Bals, policy director of the environmental and development organization Germanwatch, told Lube Report by email.

But such a high standard may ignore the complexities of the lubricants business, which, by nature, reduces friction, wear and corrosion and therefore emissions.

“If we’d have done exactly what we are doing right now 10 years ago right at the start of strategic sustainability management at Fuchs, everyone would have said instead of looking at how to optimize what you are intrinsically emitting and trying to find solutions, you are immediately offsetting in order just to be clean. But we have a track record of 10 years where we can prove we are looking at our own premises and trying to reduce whatever we can,” Gosalia said.

Companies in the lubricant industry have been slow to follow suit, and Gosalia expressed his disappointment that they appear not to be pursuing a similar course.

“We are certainly not the only lubricant company in the world that is measuring this data. But so far, when I look at annual reports and websites of other lube companies, Fuchs seems to be among the very few that are publicly giving out these figures,” he said.

This makes benchmarking a greater challenge, he said.

However, Gosalia believes it will be a matter of time before other lube companies start implementing measures like Fuchs, since European Union law stipulates that all public companies with more than 500 employees must report on their ecological key performance indicators, such as energy and water consumption and waste and CO2 generation, according to the EU directive on non-financial reporting.

Fuchs implemented its internal sustainability strategy 10 years ago and has since then reduced its energy-specific CO2 emissions per ton of lubricant by around 30 percent, which includes all operations. Gosalia said this was mainly achieved by reducing direct and indirect emissions from energy consumption. About 80 percent of the company’s total CO2 emissions are from product heating and electricity consumption.

The company has supported the United Nations’ 17 sustainable development goals since 2018, became a member of the Alliance for Development and Climate of Germany’s Federal Ministry for Economic Cooperation and Development and heads the sustainability task force of UEIL, the Union of the European Lubricants Industry, a Brussels-based industry trade organization. 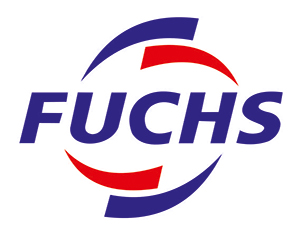