Michael F. Barry, Chairman, Chief Executive Officer and President, commented, "We are pleased with our first quarter results.  Last quarter we expected our gross margins to show sequential improvement due to previous price increases, which we've delivered on despite higher raw material costs in the quarter.  In addition, our continued market share gains were evident in our volumes globally although they were somewhat masked by an atypical sales pattern in EMEA in the first quarter of 2017.  We also continued to show good cost control and, overall, we achieved a 9% increase in adjusted EBITDA for the first quarter as well as a 17% increase in non-GAAP earnings."

Mr. Barry continued, "Concerning the Houghton combination, we are still awaiting regulatory approvals in the U.S. and Europe.  The good news is that we are in general agreement with the regulatory authorities on what remedies have to be made and these remedies are consistent with our original expectations.  We continue to progress through the regulatory process and expect approval as well as closing to be over the next few months.  Overall, I continue to be confident in our future given our modestly growing global end markets, U.S. Tax Reform, our continued market share gains, and the benefits we will achieve through the upcoming combination with Houghton."

SG&A increased $2.0 million during the first quarter of 2018 compared to the first quarter of 2017 primarily due to the impact of foreign currency translation.  In addition, SG&A increased slightly on higher labor-related costs primarily due to annual merit increases, which were offset by decreases due to the Company's continued discipline in managing its SG&A.

The Company's combination-related expenses of $5.2 million in the first quarter of 2018 primarily consisted of legal, financial, and other advisory and consultant expenses for integration planning and regulatory approvals related to its previously announced pending combination with Houghton.  Comparatively, the Company incurred $9.1 million of combination-related expenses during the first quarter of 2017, primarily related to due diligence costs and certain legal, regulatory, environmental and other advisory and consultant expenses.

Operating income in the first quarter of 2018 was $20.2 million compared to $13.8 million in the first quarter of 2017.  The increase in operating income was due to solid net sales and gross profit increases as well as lower Houghton combination-related expenses, noted above, which offset a slight increase in SG&A not related to the Houghton combination.

Equity in net (loss) income of associated companies decreased $1.3 million in the first quarter of 2018 compared to the first quarter of 2017.  The decrease was primarily due to a loss from the Company's interest in a captive insurance company in the current quarter compared to income in the prior year, and a current quarter charge to write down the Company's equity investment in a Venezuelan affiliate due to the on-going devaluation of the Venezuelan bolivar fuerte.

This release contains "forward-looking statements" within the meaning of Section 27A of the Securities Act of 1933 and Section 21E of the Securities Exchange Act of 1934.  These forward-looking statements are subject to certain risks and uncertainties that could cause actual results to differ materially from those projected in such statements.  A major risk is that demand for the Company's products and services is largely derived from the demand for its customers' products, which subjects the Company to uncertainties related to downturns in a customer's business and unanticipated customer production shutdowns.  Other major risks and uncertainties include, but are not limited to, significant increases in raw material costs, customer financial stability, worldwide economic and political conditions, foreign currency fluctuations, significant changes in applicable tax rates and regulations, future terrorist attacks and other acts of violence.  Other factors, including those related to the previously announced pending Houghton combination, could also adversely affect us.  For more information regarding these risks and uncertainties as well as certain additional risks that we face, you should refer to the Risk Factors detailed in Item 1A of our Form 10-K for the year ended December 31, 2017, the proxy statement the Company filed on July 31, 2017 and in our quarterly and other reports filed from time to time with the Securities and Exchange Commission.  Therefore, we caution you not to place undue reliance on our forward-looking statements.  This discussion is provided as permitted by the Private Securities Litigation Reform Act of 1995.

As previously announced, Quaker Chemical's investor conference call to discuss the first quarter of 2018 results is scheduled for May 1, 2018 at 8:30 a.m. (ET).  A live webcast of the conference call, together with supplemental information, can be accessed through the Company's Investor Relations website at https://www.quakerchem.com .  You can also access the conference call by dialing 877-269-7756.

Quaker Chemical is a leading global provider of process fluids, chemical specialties, and technical expertise to a wide range of industries, including steel, aluminum, automotive, mining, aerospace, tube and pipe, cans, and others.  For nearly 100 years, Quaker has helped customers around the world achieve production efficiency, improve product quality, and lower costs through a combination of innovative technology, process knowledge, and customized services.  Headquartered in Conshohocken, Pennsylvania USA, Quaker serves businesses worldwide with a network of dedicated and experienced professionals whose mission is to make a difference. 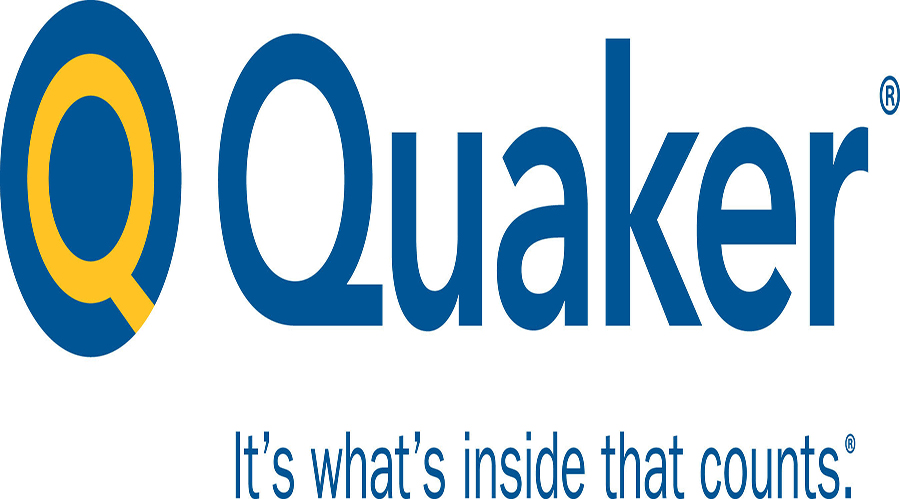