Tianhe Chemicals recently reported a 57 percent decline in gross profits from its lubricant additives segment for the first half of 2019, citing challenges ranging from declining demand for its products to difficulty meeting customer requirements.

The company also advised that it expects those issues to continue hampering performance of its lubricant additives business and its other segment, fluorochemicals. In an Aug. 30 filing on the Hong Kong Stock Exchange, the company stated, “… the production and sales of both segments will face tough challenges in the second half of the year.”

The results reported Aug. 30 are unaudited, as all of the company’s earnings reports have been since 2015 due to its inability to have an outside accounting firm attest to the fairness and accuracy of its reports. Initially, at least, those issues stemmed from multiple lines of questions about company actions and its reporting of them. The failure to publish audited financial results led the Hong Kong exchange to suspend trading of Tianhe’s stock.

Tianhe, which is based in Jinzhou City, China, no longer reports amounts of segment revenues or profits, but it stated that revenue and gross profits for the lubricant additives segment fell 53.8 percent and 57 percent, respectively, compared to the first half of 2018. As it has in previous reports, the company said the decline was partly due to increased competition in China’s oil products market and reduced “effective demand” for such products, “which affected the demand of our products from certain major customers.”

The filing also said Tianhe has been unable to meet all requirements that some of its major customers set for qualified suppliers, due to incompletion of its audits and the trading suspension of its stock. “[T]hus there has been uncertainties on obtaining orders from some major customers.”

A year ago, in reporting its results for the first half of 2018, Tianhe said cited similar challenges but said it expected sales of lubricant additives to return to normal by the fourth quarter of 2018. The most recent filing contained no such optimism, adding delays in capital investment projects and unstable macroeconomics to the list of issues it faces.

Tianhe’s flourochemicals business has been hampered by delays in the relocation of its main factory. Performance of that business had fared worse than the lubricant additives segment the past couple years. The Aug. 30 filing said the company can no longer predict when construction of its new factory will be completed. Production at the old site has already ceased, inventories of specialty flourochemical intermediates are almost depleted and the segment recorded a gross loss for the first half.

Tianhe also reported on Aug. 30 that the Hong Kong exchange will withhold until Oct. 31 a decision on whether to delist the company. Under a policy adopted by the exchange last year, companies under trading suspensions of more than one year had until the end of July to get their suspensions lifted or they would face being kicked off the exchange. According to Tianhe, the exchange informed the company that it could be delisted immediately after Oct. 31. 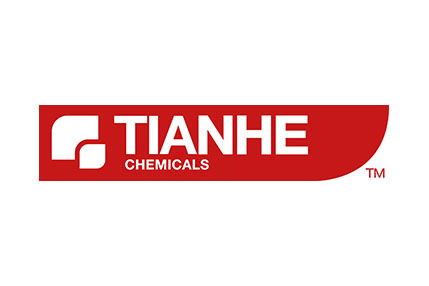