DUBAI, United Arab Emirates – A recent analysis of the Middle East base stocks scene found the region increasingly mirrors trends in developed economies, though its evolution is often uneven and depends on local market conditions.

With around 10 percent of global base oil demand, the Middle East and Africa is a relatively small market but one that is growing, according to management consultants A.T.Kearney Middle East.

Speaking at the ICIS Middle Eastern Base Oils & Lubricants Conference here last week, Eduard Gracia, principal in Kearney’s Dubai office, told delegates that the combined region is finally starting to catch up with the global shift from API Group I to Group II and III base stocks. Group I currently accounts for 72 percent of the region’s 4 million metric tons per year of base stock demand – far higher than the proportion in other regions. Group II and III account for just 17 percent and 8 percent, respectively.

From 2014 to 2017, however, the combined region’s demand for Group II and III each rose at a compound annual rate of 8 percent, while it’s consumption of Group I grew at a rate of just 1 percent, Gracia said. The Middle East and Africa was the only region where Group I demand increased during that period; in all others it dropped at compound annual rates of 2 or 3 percent. Still, the trend for the mix of base oils consumed in the combined region is now mimicking developing markets such as North America and Europe.

Gracia noted, however, that the trend is not uniform across the combined region, or even across the Middle East. He divided the Middle East into five clusters of countries and described the base oil and lubricant markets of each. The member states of the Gulf Cooperation Council – Bahrain, Kuwait, Oman, Qatar, Saudi Arabia and the United Arab Emirates – are powering trends for the overall region, he said. High per capita incomes in those countries are nudging lubricant demand toward better products, causing base oil demand to shift from Group I to Group II and III.

“Group I is still substantial [in the U.A.E.], but it is going down, and Group II and Group III are growing,” Gracia said. “The U.A.E. is one of the most critical markets in the region.” He added that substantial commercial ties exist between GCC countries and that these help bring uniformity to economic trends and consumption patterns. Kearney expects total base oil demand in the GCC bloc to slow, once again reflecting patterns in developed economies.

The other country clusters identified by Gracia were Jordan and Lebanon; Turkey and Azerbaijan; Iraq; and Iran. His analysis excluded Syria, Israel and Yemen.

Except for the GCC, where premium lubricants prevail, all of the clusters are mass markets where product selection is driven largely by cost and where base oil demand is mostly Group I. Despite that distinction, Jordan and Lebanon have strong commercial ties to the GCC. In contrast, Turkey has strong commercial ties to the European Union and with Azerbaijan but not with the rest of the Middle East. Iraq is emerging from war and still has tensions with other countries in the region. Iran has a history of tensions with its neighbors and is having to cope with renewed economic sanctions from the United States.

The Middle East has in recent years become a base oil production hub and a net exporter of base stocks, Gracia said, and as such now has a different perspective on supply-demand balances. The global market currently has a glut of capacity, and Kearney predicts it will widen over the next several years.

“The recession of 2008 to 2009 had a heavy impact on base oil demand globally,” he said, adding that the recession was a prime reason that global base stock demand was just 37 million t/y in 2015, compared to the 42.9 million t/y that had been forecast in 2007. Based on such forecasts, the industry expected to boost base oil capacity to 47.9 million t/y by 2015, Kearney said. In fact, capacity rose to 54.9 million t/y that year, and Kearney predicts that projects now under way will introduce millions of tons of additional capacity by 2020.

The burden of excess capacity will alter global trade flows, and the emerging shift in base oil demand is likely to benefit GCC producers of Group II and III base oils, according to Gracia. 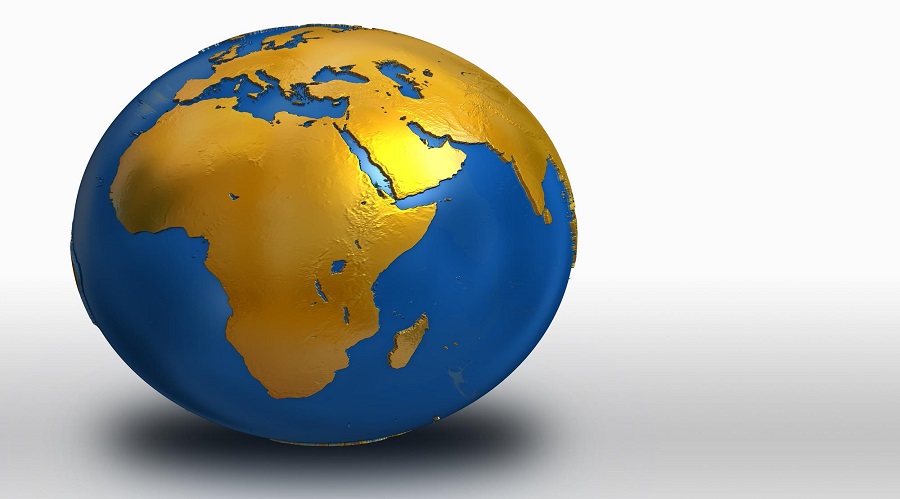